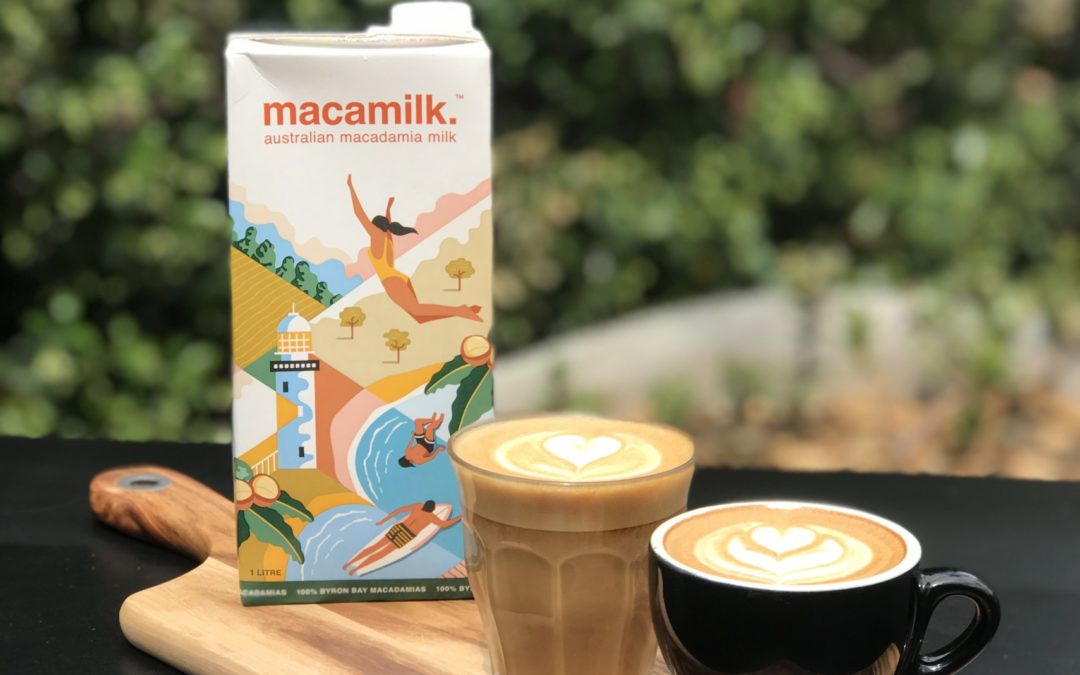 When everyday Aussies hear the word Maccas they usually think fast food. Golden arches. Big waistlines. Greasy burgers and chips that never decompose. Any number of things. But the word “healthy” is generally not one of them. That may be about to change.

In 2016, a brand new company launched using milk made from macas- better known as macadamias- grown right here in the hills around Byron Bay. Macamilk was designed specifically for baristas to give a dairy-free coffee alternative to those looking for something new and delicious.

But why do we need another milk? And why macadamias?

Along with soy milk, almond milk has surged in popularity in recent years. People enjoyed the taste and believed it was a great idea- both for their body and the environment- to ditch the cows and embrace the almonds. However, the truth was a bit more complicated.

Most people are unaware but 80% of the world’s almonds actually come from California. Less than 8% come from Australia. This means that many of the almond lattes we’ve been drinking actually come from almonds grown, processed, and shipped across the pacific ocean from the other side of the world. In addition, each almond takes nearly four litres of water to produce. Four litres for every single nut. The result? California suffered for five years under crippling drought and water shortages. Partly due to climate change and mostly due to mismanaging resources.

Nearly ten percent of all the agricultural water supply in California goes straight to almond trees and eventually to the production of almond milk. That’s the same amount of water that the cities of San Francisco and Los Angeles use in a year, combined. Or in other terms, the fresh water used by 1/5 of the entire population of Australia. All of that just for a dairy-free latte? What a waste!

So we at the Top Shop ditched the almonds. Shifting to Macamilk has meant supporting local, sustainable growers. Local (rather than imported) nuts. And a new local business. It also means creating delicious coffees and incredible smoothies.

My recommendations? The MacaMango. Made using delicious mangos, Macamilk, and local macadamia butter. Or try a nice macadamia cappuccino. Our chef, Matt, drinks them all the time. He calls it a maca-cappa and he may be on to something. It tastes even better than it sounds.